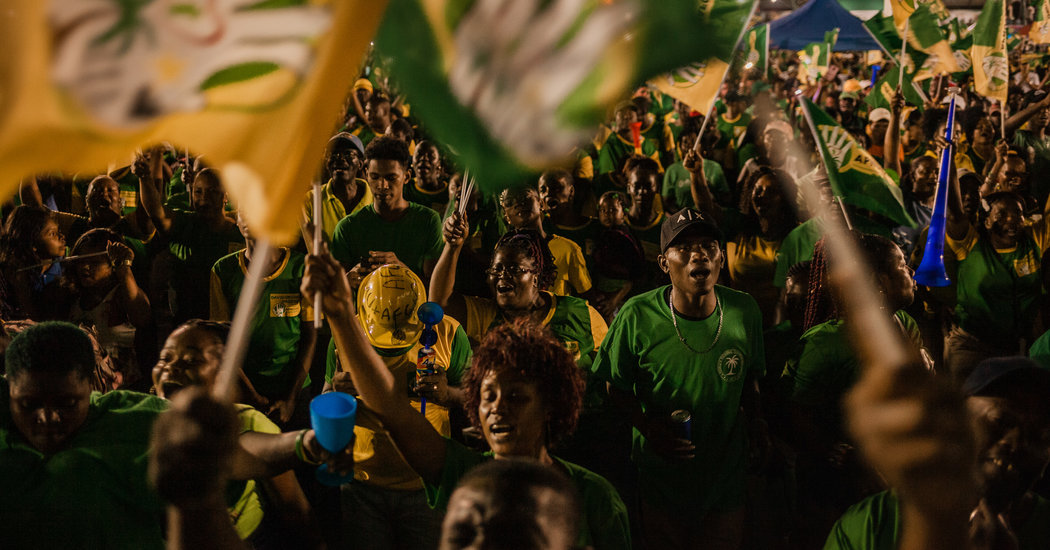 CORRIVERTON, Guyana — Guyana, the world’s newest oil producer, hurtled deeper into political crisis on Friday, a day after the electoral authorities announced the government had won the most votes in the March 2 elections, overriding objections from judges, international observers and the opposition.

Supporters of Guyana’s main opposition party blocked roads, burned tires and clashed with the police across the countryside. The capital, Georgetown, a government stronghold, remained tense with many businesses shut and the streets empty.

The unrest in Guyana, a small and historically poor South American country, risks unleashing the worst wave of ethnic violence there in more than a decade, threatening to undermine its strong economic projections and paralyze the government.

President David Granger is supported primarily by Guyanese of African descent, while the opposition is backed by the descendants of Indian farmhands. Both sides fear they will be excluded from public spending if their party loses.

The catalyst for the crisis was the electoral commission’s decision on Thursday to release unverified results from the capital region — in violation of a court injunction — that propelled the ruling party from trailing to slightly ahead in the vote count.

The announcement of the results was criticized by four groups of international observers and main Western embassies, who said the process did not follow the country’s laws and lacked transparency.

“No candidate should declare victory or be sworn in while serious questions remain about credibility of March 2 elections,” the State Department’s senior Western Hemisphere official, Michael G. Kozak, said in a message posted on Twitter.

The crisis leaves Mr. Granger with a choice of declaring himself the winner at the risk of international isolation or allowing a recount that could cost him victory. His green-clad supporters erupted in wild celebrations beginning Thursday night, with many chanting “black power wins again.”

The consequences are enormous for the country. The next government will manage the first proceeds from the oil boom that is expected to lavish Guyana with tens of billions of dollars this decade.