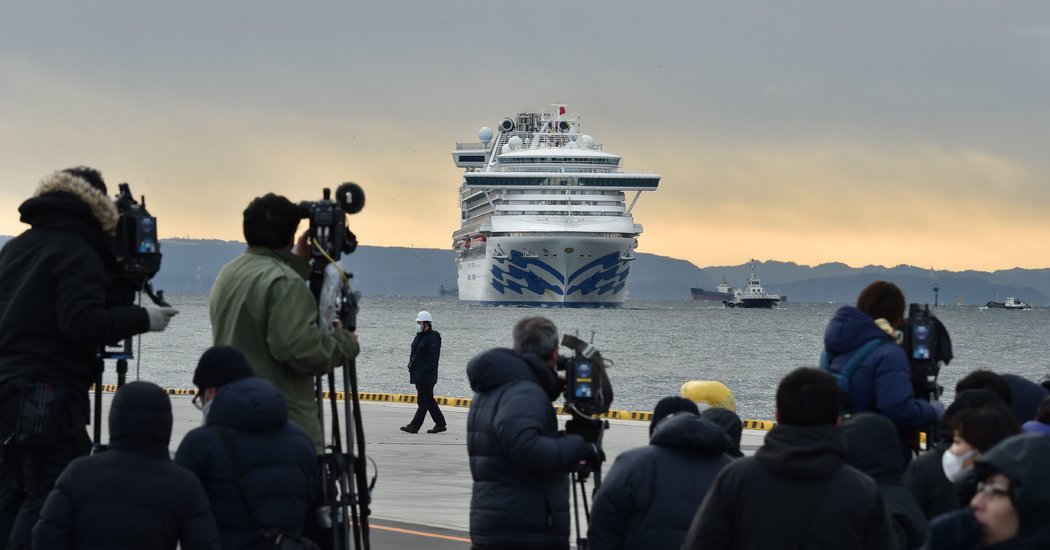 Japan’s foreign minister, Toshimitsu Motegi, said in a parliamentary session that the responsibility should not have fallen solely on Japan.

“Japan is not the only state that is obliged to conduct measures to prevent the expansion of infection,” Mr. Motegi said. He suggested international law was unclear as to whether both the country where the ship was officially licensed — Britain — and the cruise operator should share the burden.

Princess said it had followed Japan’s lead from the moment its health officials boarded the ship. “When we have other outbreaks like norovirus, we send our teams to the ship,” Dr. Tarling said. “Here, we’re sort of taking direction and seeing how we can best make it work.”

That responsibility fell to the crew. Cruise jobs are notorious for long hours and low pay. A supervisory kitchen worker for Princess, for example, made $1,949 a month and was expected to work up to 13 hours a day, seven days a week, for six months straight, according to a 2017 contract.

Those crew members drill for many eventualities, said Iain Hay, whose company, Anchor Hygiene, conducts training for cruise companies. “But,” he said, “there was no drilling for something like this.”

On the Diamond Princess, crew members delivered three meals a day to close to 1,500 staterooms. Early in the quarantine, they served food on china. While crew members wore masks and gloves, they risked spreading — or contracting — the virus whenever they opened state room doors and passed in trays of food.

“I’d give them a coffee cup and they’d give me back an apple,” said Melanie Haering, 58, whose husband, John, was hospitalized with the virus. “It was an exchange like that — even though your hand is gloved, your hand has still been soiled from the cabin next door.”