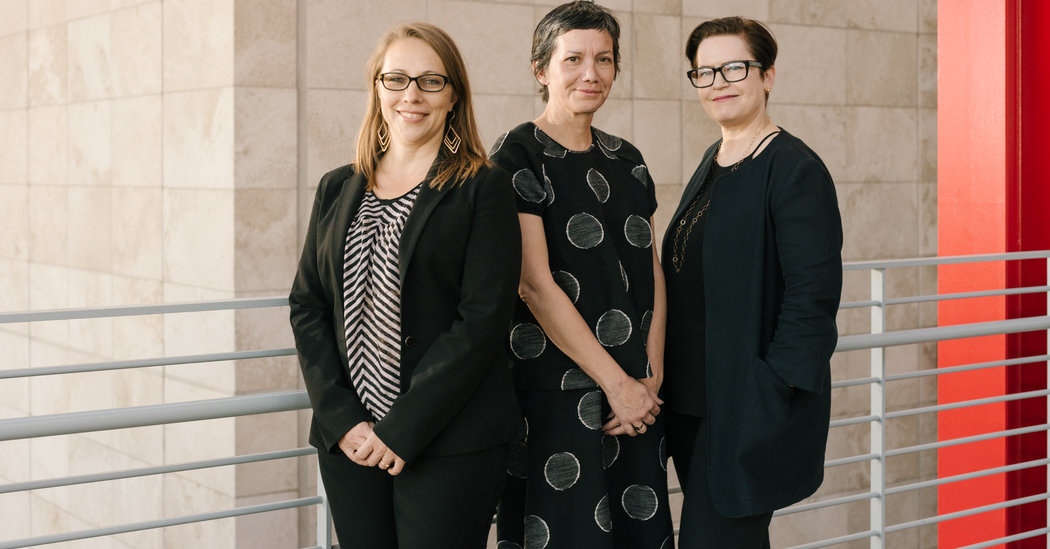 This article is part of our latest Museums special section, which focuses on the intersection of art and politics.

What if the art world could create a kind of popular awakening?

It is a question Apsara DiQuinzio, a curator at the Berkeley Art Museum and Pacific Film Archive, asked herself not long after the Women’s March of 2017.

That grass-roots protest helped inspire the Feminist Art Coalition, a nationwide collaboration of museums and arts organizations large and small — 90 institutions and counting — that are planning exhibitions and programming around the theme of feminism and aimed toward this fall.

“One of the motivations behind the Feminist Art Coalition was to create a groundwork where important conversations surrounding misogyny, equality and oppression could happen in the lead-up to the election,” Ms. DiQuinzio said. She reached out to several colleagues with her idea for this initiative in 2017 after being inspired by the energy of the march and how it came together organically after the last presidential election.

With the help of a $50,000 grant from the Andy Warhol Foundation for the Visual Arts, the concept for the coalition was fleshed out in 2018 when a dozen curators met in Berkeley. They each then invited colleagues in their personal networks and at curatorial conferences to develop programs around feminist ideas and unite them under this umbrella. The effort has tapped into a shift toward greater inclusion already happening across the museum field.

“There have been so many efforts in recent years to acknowledge the biases of the art world in which women artists are not as visible, not given as much opportunity, and not valued at the same level as male artists,” said Anne Ellegood, director of the Institute of Contemporary Art, Los Angeles, and part of the core group of organizers. The coalition “calls attention to what we were already doing,” she said, “making that commitment more transparent and visible.”

Many curators had projects they considered feminist already in the works, and they sometimes shifted scheduling to align with the initiative’s fall timing. At least 20 exhibitions, though, were conceived directly in response to the Feminist Art Coalition, including “New Time: Art and Feminisms in the 21st Century,” Ms. DiQuinzio’s large intergenerational and international survey of recent feminist art practices going on view at her Berkeley institution.

“We’ve put it in the plural to suggest that there are many different types of feminisms,” said Ms. DiQuinzio, who has included 75 artists identifying across the gender spectrum such as Wu Tsang, Louise Bourgeois, Zanele Muholi, Jordan Casteel, Kalup Linzy and Mickalene Thomas. “It’s not a women-only initiative,” she added. (San Francisco State University Fine Arts Gallery will present a show entirely of nonbinary artists working across media.)

“Witch Hunt,” which Ms. Ellegood is organizing in partnership with Cornelia Butler at the Hammer Museum in Los Angeles, focuses on how feminism is taken up in different ways by 15 midcareer artists around the world. Work by Teresa Margolles, who makes visible gendered, racial and economic violence in Mexico, may look overtly feminist. By contrast, the Portuguese artist Leonor Antunes creates more abstract, process-based work but it is in response to overlooked histories of women in the fields of design and architecture.

Other coalition-inspired projects include reinstallations from the permanent collections at the Museum of Fine Arts in Boston with “Women Take the Floor” and at the Walker Art Center in Minneapolis with “Don’t Let This Be Easy.”

“It’s diving into our history and examining who was and wasn’t collected,” said Henriette Huldisch, chief curator of the Walker and another organizer of the feminist initiative. She noted that a number of important female artists entered the Walker’s collection through the library rather than the art departments. “It’s taking a critical lens to our own collecting practices.”

Major monographic exhibitions of work by women will be offered at wide-ranging institutions — Alison Saar presented jointly at the Armory Center for the Arts in Pasadena and the Benton Museum of Art at Pomona College in Claremont, Calif.; Lorraine O’Grady at the Brooklyn Museum; Hannah Wilke at the Pulitzer Arts Foundation in St. Louis; Shahzia Sikander at the Rhode Island School of Design Museum in Providence; Deana Lawson at the Institute of Contemporary Art in Boston; and Diana Al-Hadid at the Henry Art Gallery at the University of Washington in Seattle (which is dedicating its entire gallery footprint for the second half of this year to shows conceived under the Feminist Art Coalition banner).

Of course, not all art by women is automatically feminist, Ms. Huldisch underscored. For her former institution, the MIT List Visual Arts Center in Cambridge, Mass., she has organized the largest show to date of Dorothy Iannone, an idiosyncratic artist from Boston who emigrated to Europe in the 1960s. “She had expressed that she felt out of step with American second-wave feminism in the 1970s,” Ms. Huldisch said, noting that now the artist is excited to be presented under the feminist umbrella.

Ms. DiQuinzio, who used much of the Warhol grant to create the Feminist Art Coalition website and has largely shouldered the administrative demands of the initiative with her assistant curator, lets curators determine for themselves whether their projects are a good fit.

“The aim is to be very inclusive and we want to leave it open to interpretation and ideological positions,” she said. “We have gotten into the situation we are in socially and politically in this country because of problems of exclusion and elitism and the perception of those things.”