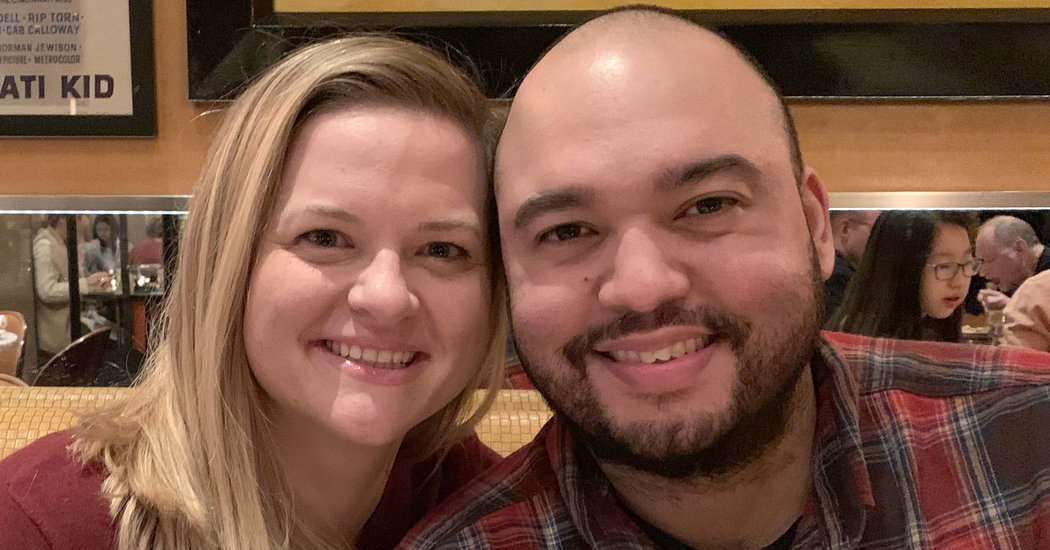 The bride, 34, is a news assistant at The New York Times, and is also a freelance writer. She graduated from Temple and received a master’s degree in journalism from Columbia.

She is a daughter of Bernadette Lamb Hard and Dennis J. Hard of Teaneck, N.J. The bride’s father retired as a physical education and health teacher at Weehawken High School in Weehawken, N.J. He is the head football coach at Westwood Regional High School in Westwood, N.J. Her mother is the bookkeeper at the Bergen County Cooperative Library System, a network of about 75 public libraries, in Fairlawn, N.J.

The groom, 34, is a longshoreman affiliated with the New York Shipping Association, which is based in Edison, N.J. He works at various piers in the Port of New York and New Jersey. He is also an enlisted specialist with the New Jersey Army National Guard. From 2012 to 2013, he was deployed to Afghanistan where he served with a military police unit in Kabul. He received an associate degree in applied science from Bergen Community College in Paramus, N.J.

He is a son of Gloria M. Lozano of Teaneck, and Rafael Hernandez of West Palm Beach, Fla. The groom’s mother is a waitress at the Saddle Brook Diner in Saddle Brook, N.J. His father works as an independent heating, ventilation and air-conditioning technician in the West Palm Beach and Boynton Beach areas.

The couple overlapped at Teaneck High School in the early 2000s (she was a grade behind him) and had many friends in common. But it wasn’t until 2016 that they noticed each other at a mutual friend’s going-away party at Jake’s Dilemma, a bar on the Upper West Side of Manhattan.