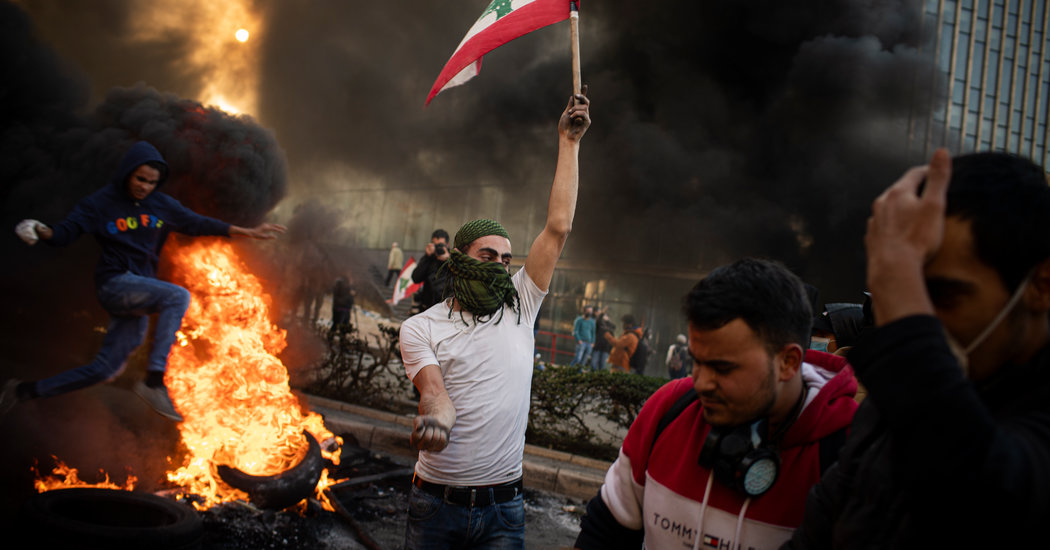 BEIRUT, Lebanon — Lebanon will default on $1.2 billion in foreign currency debts coming due on Monday, the prime minister said Saturday, as the country lurched deeper into an economic crisis that has set off widespread antigovernment protests and left the country grasping for a foreign bailout.

Amid a rapid devaluation of the Lebanese pound, shortages of imports, a slow-motion bank run and thousands of layoffs, the decision is likely to appease protesters who have clamored for the government to prioritize domestic concerns over repaying the Eurobond, as the debt is known.

But it brought Lebanon, one of the most indebted countries in the world, little closer to a resolution of fiscal problems that go back decades.

“The reserves of hard currency have reached a critical and dangerous level,” Prime Minister Hassan Diab said in announcing that the government would not make the debt payment. “It is necessary to use these funds to secure the basic needs of the Lebanese people.”

Some economists and policymakers had argued against a default to preserve Lebanon’s unblemished record of repaying its debts, pushing instead to restructure it. Without giving specifics, Mr. Diab said the government would seek to negotiate with creditors to restructure the rest of its foreign currency debt, which totals $31 billion.

In recent weeks, the government has been consulting with the International Monetary Fund, signaling that it would seek a bailout if its divided political factions can reach a consensus. But any international aid package is likely to come at the price of austerity measures that will be difficult for an already frustrated Lebanese public to accept, and promises of reform that previous governments have repeatedly made and broken.

Yet there appears to be little choice but to look outside of Lebanon for help.

The country has floundered in the grip of simultaneous political and economic crises for nearly half a year, as the remittances from Lebanese working abroad, aid from Gulf countries and financial wizardry at Lebanon’s banks, which had kept the economy buoyant for years, began to collapse.

The slumping economy helped drive hundreds of thousands of Lebanese across the country into the streets in mid-October, denouncing the political elite for mismanagement and corruption that have left the country unable to provide basics such as 24-hour electricity and reliable running water.

That forced the government’s resignation and led to a monthslong political vacuum, during which the economy slid further. But the cabinet that eventually replaced it, a mixture of policy experts and political appointees led by Mr. Diab, has failed so far to gain public confidence or head off further economic damage.

Businesspeople in Lebanon’s import-dominated economy cannot get the dollars to bring in goods from abroad; Lebanese who are paid in pounds but owe tuition or mortgages in dollars are frantic, watching their spending power evaporate.

To make matters worse, Lebanese banks, fearing a run on deposits that would shred the banking system, have capped at a few hundred dollars a week the amount that account holders can withdraw.