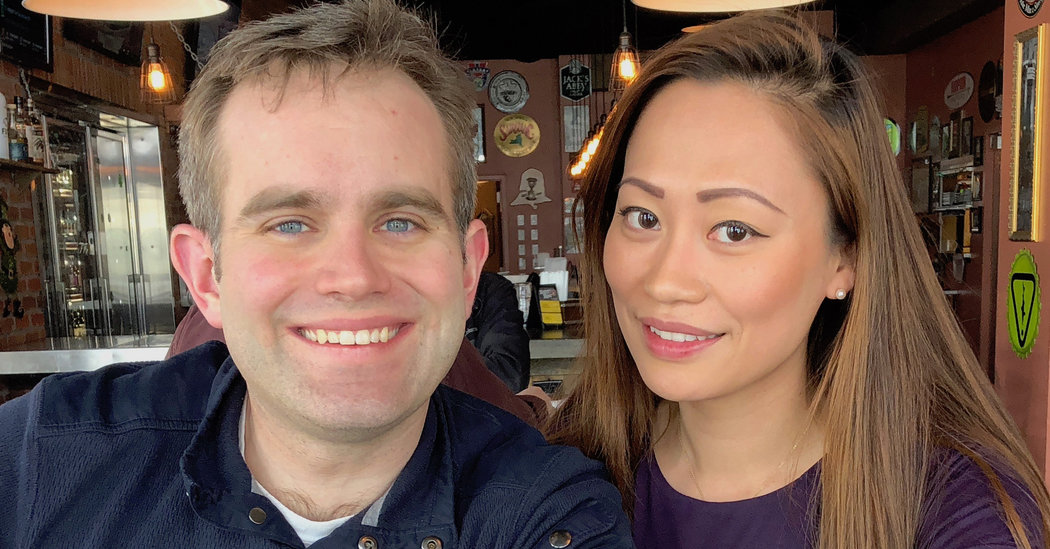 The bride, 33, who goes by Meng, is a fourth-year medical school student at Michigan State University, from which she also received a doctorate in biochemistry. She graduated from Williams College.

She is a daughter of Huey-Jen Liaw and Jyh-Cheng Hsieh of San Diego. The bride’s father is a research scientist at Sheatech, a biotech company in San Diego. Her mother, a stay-at-home parent, was a history teacher at Taibei High School, a private school in Taipei.

The couple met a decade ago at the National Institutes of Health in Bethesda, Md., as post-baccalaureate research fellows, she focusing on a virus that infects bacteria, and he on skin stem cells. In April 2016, they met again at a conference for physician scientists in Chicago, and began dating long-distance.